Women with intellectual disabilities
tell their stories about violence in institutions

“Parents of people with intellectual disabilities
think a lot about one question:
Who will take care of their children
when the parents cannot do it anymore?”

Jyrki Pinomaa is the president of Inclusion Europe.
Jyrki has a wife called Marianne.
They have two sons with intellectual disabilities.
Their sons need support all the time.

The names of the two sons are:

Six years ago, Markus and Robin moved out
of their parents’ house.

Jyrki and Marianne are getting older.
So they find it harder to look after their sons.

Markus and Robin have a job
that keeps them busy until 14.30 h in the afternoon.
Then they go back home.
They each have their own flat.

They get support in their daily life.
But their parents still help them with many things.
For example:

Once a week, Markus and Robin spend one night
at their parents’ place.
They are always very happy to see their parents.

But if Markus or Robin need medical help,
it is hard for the parents
to look after them.

The parents don’t have support
for when Markus and Robin come over to visit.

The parents do not want to get support at the moment.

They just want to have family members around
when Markus and Robin are visiting.

The parents are afraid that
sometime they will not be able
to support their sons anymore
when they come visit.

The parents meet other parents of people
with intellectual disabilities who live close to their sons.

All the parents talk a lot
about who will look after their children
when they are not able to do it anymore.
This is a big issue for them.

Jyrki and Marianne also have other children.
They don’t want their other children to feel like
they have to look after their brothers all the time.

The parents used to be very busy
looking after the two boys.
So the other children felt left out sometimes.

The other children love their brothers.
But they should not feel responsible
for looking after Markus and Robin.

They should be able to be just part of the family.

There are still a lot of institutions in Finland.
Many of the institutions don’t take good care
of the people living there.

That’s why Jyrki and Marianne never wanted
to ask for help to these institutions.
They managed everything on their own.

But now they hope that they will find
support outside the family.
So they can get help their sons.

Many parents of children with intellectual disabilities
say the same thing:
They would like to live at least one day longer than their children.
So they can support them. 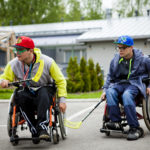 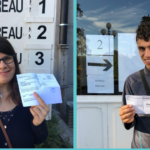 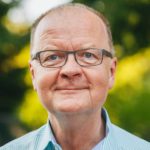 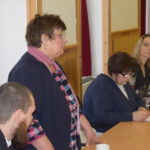 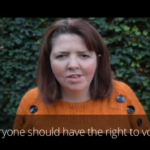